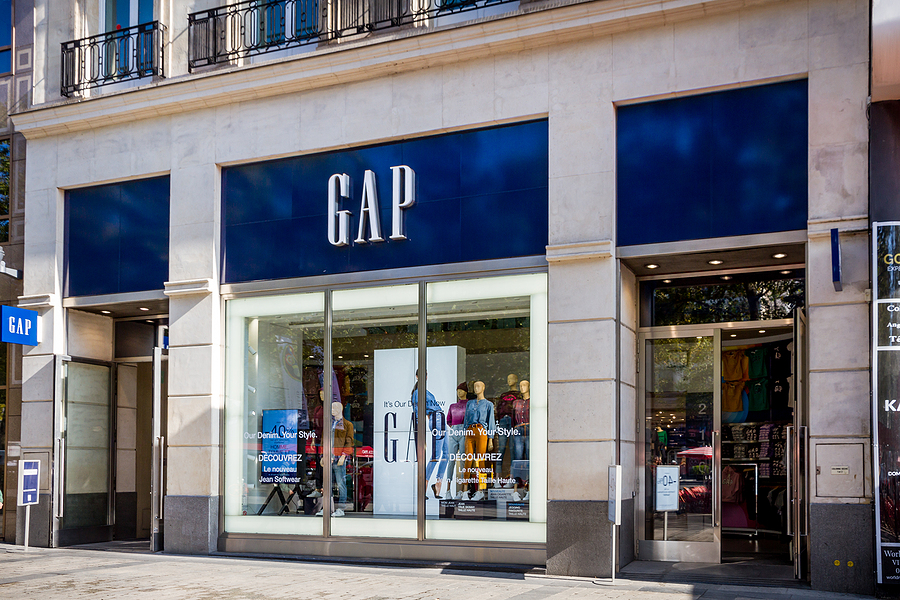 Following the disappearance of Debenhams and Arcadia Group shops from the High Street, US retailer Gap has revealed that it is to close the doors of its 81 UK and Ireland stores, moving to online retail only.

Business Insider also revealed that the retailer plans to close stores in the US too, with the number of stores currently half that of ten years ago, and plans revealed to close 350 more Gap and Banana Republic stores in North America by 2023.

Founded by two property developers in San Francisco in 1969, Gap arrived in the UK in 1987, and in the 1990s it seemed unassailable. Everyone flocked to Gap for affordable, well-made clothes that were styled to last.

However, critics pointed out that the brand’s signature ‘basics’ were not worlds apart from lines at Marks & Spencer, but Gap was just that bit cooler with their stores styled like Manhattan lofts and marketing campaigns fun of painfully cool people.

But in recent years, visitors to Gap will have seen racks full of discounted clothing covered in naff logos and would have been astonished that the brand was once embraced by high fashion, with Vogue’s Anna Wintour and Sharon Stone being big fans of the clothing.

But when sales slumped around 20 years ago, the rot set in as the brand neglected to invest in creativity and instead recycled old but successful clothing lines, and children brought up wearing BabyGap found little in Gap that spike to them when they grew up. Sadly, Gap failed to keep up with the times.

The High Street will survive, but it will be a struggle for retailers, particularly in the clothing sector, to compete with online giants and Primark, and they will need to give people a compelling reason to step through their doors.

If you’re looking for reactive store maintenance, get in touch today.

How Will Our High Streets Look In 2036